Ben and Starr are putting the entire weight of FounderQuest on their backs this week as they forge ahead without Josh for this episode. Fear not listener, just because it's two-thirds of the presenters doesn't mean you aren't getting a full serving of the FounderQuest goodness that you are used to. Behold the buffet of subject choices that await you!

Ben talks about Honeybadger's decision to participate in the GitHub Student Developer Pack and the playing the long-game to get new customers.

The guys go over their experiences with marketplaces. It can take quite a bit of developer time to set up each listing since most popular marketplaces, such as AWS Marketplace, GitHub Marketplace, and Heroku Marketplace have their own way of provisioning an account. For smaller teams (Honeybadger included) it's difficult to determine if a listing is worth the developer time.

If that's not enough, Honeybadger has big plan for RailsConf 2020 in Portland. Will the guys spill the beans? Did Ben buy a new kayak? There's only one way to find out, listen here! 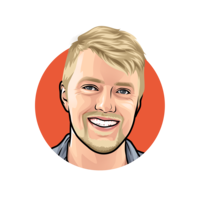