Building A Full-Stack Application With Vue, Vuex and Rails

Vue is a popular front-end that is especially useful for Rails developers since it was designed to be incrementally adoptable. That means you can use Vue for parts of your UI without having to rebuild everything from scratch. In this article, John Emmanual will introduce us to Vue, show us how to set it up in Rails, and walk us through a simple project.

Building full-stack applications with scalability in mind can be intimidating, especially when building with the latest version of Vue and Vuex, which have full typescript support. This article will teach its readers everything they need to know about building scalable full-stack applications from state management with Vuex 4.0 to handle API requests and database interactions by exploring a CRUD application that manages prescription of treatments to unhealthy livestock. The backend will be built with Rails, exposing basic CRUD APIs for integration by the frontend.

Before we get started, make sure you have the following to keep up with this tutorial:

What we will build

In this tutorial, we will build a full-stack CRUD application that manages the prescription of treatments for unhealthy livestock. Users will be able to create, update, and delete prescriptions for livestock. The CRUD APIs will be built using Rails, exposing the CRUD APIs for integration by the frontend, which will be built with Vue 3. Each of these stacks will run on different ports as independent applications.

Basic Architecture of the Full-stack App

In a folder of your preference, create a Rails app by running the following command:

This will tell Rails to create this project as an API, thereby removing all the frontend dependencies(view files).

We will use Sqlite 3, which is the default database for Rails applications.

By running the above command, Rails will scaffold an initial structure for our migration, test, model, controller, route:

This command will add our tables to the database.

Let’s seed our database with some prescription data. Add the code snippet below to db/migrate/seed.rb

This file will store the initial data for seeding the database so that when the app starts up, we’ll have some existing prescription data.

Run the following command to execute the code in db/migrate/seed.rb, which seeds the database with some predefined prescription data:

With these few commands, we created a functional CRUD API with Rails. How easy was it? (smiles)

Locate the Gemfile in the project root and uncomment the following line of code:

Add the following code to config/environments/initializers/cors.rb:

The above snippet allows the Rails CRUD API to be accessible from frontend apps running on any PORT.

Run the following command to start the Rails server:

Consider using Rails if you are working with clients who change their projects’ workflow frequently. With Rails, it’s easy to implement features with a few commands and lines of code. This is my personal opinion, though.

Vue 3 comes with lots of new features and changes for developers. These features are designed to improve the overall stability of the framework, as well as its speed and maintainability.

We’ll make use of the composition API, one of the most anticipated features of Vue 3. It is a new way to create Vue components, with a more organized and efficient approach to writing code, and full TypeScript type-checking support.

Vuex is a state management library created by the Vue team, and it is based on the same flux architecture as Redux. It is specifically designed for Vue and allows better organization of your store. Vuex will become crucial if your Vue application state gets more complex as it grows. The latest stable release of Vuex, v4.0.0, supports the Composition API introduced in Vue 3, as well as a more robust inference for TypeScript.

Setting up the Frontend Application

The frontend will be setup with Vue 3 and typeScript, while Vuex will be used for application state management.

Let’s start by using the Vue-CLI tool to create a Vue 3 app with typescript support.

Install the Vue-CLI tool globally with the following command:

Create a new Vue 3 app with typescript and Vuex support with the command below:

Choose the manually select feature option and hit the space key to select the following options:

Next, choose Vue 3.x(Preview) as the version for the project.

Once the Vue 3 app is generated successfully, we will have a Vue 3 project setup with Vuex (V4.x) and full typescript support.

We’ll add type safety to the application using typescript. To start the development server, run the command below in your terminal and head over to http://localhost:8080 to preview your project in the browser.

We will use the Bulma CSS framework for styling our application. Run the following command to install Bulma CSS:

To import Bulma CSS, add the following code to App.vue:

Setting up the Application Store

The application store will be setup with Vuex. To make changes to the store, actions will be dispatched from the component, which triggers the mutations, thereby updating the store.

Take the following steps to set up the application store:

A state is a store object that holds application-level data that needs to be accessed by all components.

Create a state.ts file in the store directory with the following code snippet:

Here, we add some type safety to Prescription and Data. We also export types because they will be used in the definitions of getters, mutations, and actions. Finally, we cast the State type to the state.

Mutations are methods that, when triggered, modify the store. They receive the state as the first argument and payload as the second, eventually modifying the application state with the payload. To create mutations, the Vuex docs recommend using constants for mutation types.

Create a mutations.ts file in the store directory with the following code snippet:

The above snippet uses the enum symbol to hold all the possible names of mutations in our app.

Next, we will declare a contract (type) for each MutationType, as follows:

Then, we will implement the contracts declared for each MutationType, as follows:

MutationTree is a generic type shipped with the Vuex package. We used it in the above snippet to declare a type of mutation tree. The mutation tree and mutations ensure that the contract is implemented correctly; otherwise, Typescript will trigger an error.

Actions are methods that trigger mutations. When handling asynchronous tasks, such as making request to an API, actions are used before calling the corresponding mutations with the API response as payload. We will get a clear implementation for this scenario as we create our actions.

Before creating actions, we will install Axios to handle all our Http request to the Rails server, as follows:

Create an actions.ts file in the store directory with the following code snippet:

Similarly, the above snippet uses the enum symbol to hold all the possible names of actions in our app.

Next, we will declare a contract (type) for each ActionType, as follows:

The ActionAugments type restricts all commits only to their declared mutations and also to check the payload type.

Next, we will implement the contract (types) declared for each ActionType. Add the code below to the action.ts file:

Here, we created an actions variable that stores all the implemented actions. Similarly, the ActionTree<State> & Actions ensures that the contract (type Actions) is implemented correctly; otherwise, Typescript will trigger an error.

Getters are methods that receive the state as its first parameter and return computed information from the store state.

Create a getters.ts file in the store directory with the following code snippet:

The above code snippet defines the following getters:

We have also added some type safety to Getters.

The state, mutations, actions, and getters are required to create a store by passing an object containing them into the createStore method. During development, the createLogger plugin logs the state (the previous state and next state) and mutations to the console. To have the store accessible in all our application’s components; we need to inject it into the entire application. Fortunately, the Vue-CLI tool has already imported the entire store and passed it within the application’s Vue instance.

Integrating the Vuex Store into the Component

In this tutorial, the Vue 3 composition API will be used to create all of components in our frontend application.

Our frontend should render a list of prescription data as soon as it launches. We’ll dispatch the GetPrescription action within the component’s mounted() lifecycle hook. To access the store within a component, the useStore hook, which returns our store, will be executed.

With the Vue 3 composition API, the methods and properties required by the template must be returned to be accessible in the template. Notice how we’ve returned loading, completedCount, and totalCount.

This component will be responsible for retrieving the list of prescriptions from the backend and passing the prescription data to it child component.

Create PrescriptionList.vue inside the components folder with the following code:

The setModal method invokes the mutation that sets showCreateModal in the state to true, resulting in launching the modal for creating prescriptions.

Create Prescription.vue inside the components folder with the following code:

The closeModal method commits the SetPrescriptionModal mutation, which sets the showModal property in the state to false, while the prescription computed property calls the getPrescriptionById getter method to retrieve a prescription by its Id.

This component is responsible for creating prescriptions.

Create CreateModal.vue inside the components folder with the following code:

The createPrescription method dispatches an action that makes a post request to the server, thereby creating a new prescription, while the closeModal method commits the SetPrescriptionModal mutation (which sets the showModal property in the state to false).

Working with forms and input element requires two-way data binding, and as such, we used Vue 3’s reactive method to store values used in the input fields.

Note: When using reactive, we need to use toRefs to convert the reactive object to a plain object, where each property on the resulting object is a ref pointing to the corresponding property in the original object.

This component is responsible for updating prescriptions. Its logic is similar to the CreatePrescription component we discussed in the previous section.

Create EditModal.vue inside the components folder with the following code:

The createPrescription method dispatches an action that makes a put request to the server, thereby updating an existing prescription by its ID, while the closeModal method commits the SetPrescriptionModal mutation that sets the showModal property in the state to false. Calling the setFields method on the onMounted lifecycle hook triggers the getPrescriptionById getters method to fetch a prescription from the store by its ID and then updates the properties in the reactive object with the fetched prescription properties as soon as the component is mounted on the DOM.

In the root directory of your Rails API server, run the following command to start the server:

Now, you can run the frontend application with the following command:

Finally, your application should be as follows:

We have built a CRUD API server with Rails and our frontend application on Vue 3 composition API and Vuex, all running on different servers while integrating both stacks to build a fullstack web application. I hope you have learned a great deal from this tutorial. Please reach out in the comment section below if you have any questions or suggestions. Here is the GitHub repo for the full-stack application built in this tutorial. 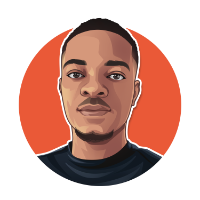 John is a fullstack software developer, mentor, and writer. He's am an open source enthusiast. In my spare time, I enjoy watching sci-fi movies and cheering for Arsenal FC.